ILLINI GUARDIANS ALLOWING FANS TO GET INTO THE NIL GAME 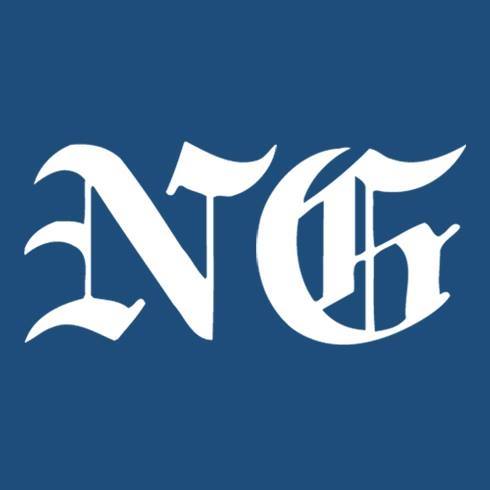 URBANA, IL — Jana Mitchell has owned Illini basketball season tickets since 2006. When the NCAA changed its rules last year to allow student-athletes to profit off their name, image and likeness, she wanted a way to help her favorite Illini, but her independent consulting role didn’t give her much opportunity.

This week, that changed. Mitchell made a small donation to the new nonprofit Illini Guardians, which promises to deliver crowdfunded cash straight to University of Illinois athletes.

She took to Twitter under her handle, @crazyillinilady, imploring others to hop on the bandwagon.

Hoping all Illini tweeps support Illini Guardians,” she wrote. “If every fan gives $5, we can collectively make a difference.”

This initiative isn’t quite the first of its kind. There’s the Hoosier Hysterics NIL Collective for Indiana athletes, and The Pancake Factory, which startlingly promised $50,000 stipends for Texas Longhorns offensive linemen. Kansas has an NIL collective, too.

However, it’s the first organization set up solely to aid UI student-athletes, and the Illini iteration appears to have a unique service element attached to it.

Student-athletes will enter NIL “contracts” with the organization to work on community causes, such as former Illini Tracy Abrams’ youth-mentorship program, Chi-PositiveImpact, in exchange for money from the collective. Guardians can also help set up individual athlete endorsements with local businesses.

Former basketball great Kendall Gill offered his own enthusiastic promotion on the Illini Guardians site, saying it’s “exactly” the type of liaison group to set up NIL opportunities and “keep our athletic programs among the country’s elite.”

The collective was formed by a team of alums with histories as university donors and liaisons. They’re running the organization on a volunteer basis.

There’s Pat Basu (Class of 2000), president and CEO of Cancer Treatment Centers of America,
Louis Margaglione (’92), a retired banker who served on the boards for UI athletics and the alumni association, is also on the team.

“We’ve been big fans of the alma mater and Illinois athletics for a long time,” Basu said. “It’s a perfect time and perfect opportunity to much more directly help the teams win on and off the field in a way that we all were unable to do a year ago, let alone 10 years ago.

“A few of us got together and said: How do we create a portal to get hundreds of thousands, maybe millions of Illini fans to be able to more directly support their teams?”

The donation portal has only been open for two days, but hundreds of fans have already chipped in, Margaglione said, and the nonprofit’s social media spots have amassed almost 1,000 followers.

What the founders agree on, as do many donating fans, is that NIL collectives and infrastructure will make a big impact on the future of recruiting and player retention.

“I do think in the long run, just like any modern economy, you might see a junior decide to return for a senior season because of something like this. You might see a player decide to transfer or not transfer because of something like this,” Basu said. “I think the general effect of NIL is going to create these opportunities for student-athletes.”

Founders believe the contractual opportunities will probably sway toward the basketball and football crowd, but they don’t intend to leave non-revenue student-athletes out of the party.

Several athletes across the UI’s golf, swimming and gymnastics teams have indicated their interest, and others are encouraged to email info@illiniguardians.com.

“I think across the revenue, non-revenue landscape, it’s going to help student-athletes be motivated to play and practice during those tough times,” Basu said.

For now, fans can send donations via credit card, PayPal and Venmo, or buy merchandise through the site to support the initiative.

As the funds grow, founders want to build a reputation as “good stewards” for Illini athletes and the program, and keep the organization transparent as possible.

Founders don’t think they’ll be disclosing any dollar figures of contracts any time soon, but they plan to complete an annual report of which funds went where, Margaglione said.

“I don’t think it’s fair to say the student-athletes will only go to the school with the most NIL opportunities available,” Margaglione said. “I think there are a lot of things that go into that decision, and I can tell you that our coaches care deeply about the culture of their programs.”

Superfan Mitchell graduated in 1985; she witnessed the men’s basketball program be penalized after an 18-month investigation into allegations of sending illegal benefits to recruits.

“I remember it not fondly; it’s definitely a paradigm shift,” Mitchell said. “It’s important to have rules around it and have the NCAA be proactive with guidelines that apply to all, as opposed to putting schools in the position to find ways to game the system.”

Mitchell worries that NIL collectives may soon become the “cost to compete” in the college athletics world.

“But at least Illini Guardians seem to be putting some social and goodwill aspects, which is a bonus,” she said. “Not everyone’s going to be doing that.”